Home Mark Spede
Dr. Mark J. Spede is Professor of Music, Director of Bands, Director of Tiger Band, and Conductor of the Symphonic Band at Clemson University. He administrates the band program including symphonic, athletic, and jazz bands. He is the recipient of the Clemson University 2009 Dean’s Award for Excellence in Teaching (College of Architecture, Arts, and Humanities), and three Clemson University Board of Trustees Awards for Faculty Excellence (2008, 2009, and 2012). He teaches a number of courses including two for the Honors College: aesthetics of music and science of music. In 2012 he conducted the Clemson University Symphonic Band at venues in London, England for the Summer Olympic Games. In 2012 he founded the Clemson Faculty Jazz Quintet for which he plays drums. Spede earned a Bachelor of Music from the University of Michigan (1984), a Master of Music from Ball State University (1988), and a Doctor of Musical Arts from The University of Texas at Austin (1998).

Mark Spede has served the College Band Directors National Association (CBDNA) in a number of capacities. He currently is national president (since February 2019). From 2003 to 2005 he served as state chair for South Carolina. He also served on the CBDNA “New Era Think Tank” from 2005 to 2007 and served as chair of the “Athletic Band Task Force” from 2005 to 2009. In that capacity he led many new initiatives including the peer-reviewed marching band video performances at national and divisional conferences, the athletic band guidelines and sportsmanship statement, authorship of the original draft of the tenure guidelines for athletic band directors, and successfully lobbied for the CBDNA board to financially support the Athletic Band Symposium. He concluded his term as President of the Southern Division of CBDNA (encompassing eleven southern states) in 2015. In addition, he has served as president of the Atlantic Coast Conference (ACC) Band Directors Association.

He is currently co-chairing the International Coalition Performing Arts Aerosol Study conducted at the University of Colorado-Boulder and the University of Maryland that has led millions of music students back into the classroom. Articles quoting him about return to music activities have been published in the New York Times, Los Angeles Times, Tampa Bay Times, and the Charleston Post and Courier among others.

Dr. Spede previously served on the faculties at The University of Texas at Austin (1998-1999) and the University of Florida in Gainesville (1989-1995) as Assistant Director of Bands. At Florida, he also taught studio percussion. As a freelance arranger, he has written extensively for high school and college marching bands (over 200 arrangements). His wind band arrangements and transcriptions are published by Peer Music, Schirmer, Boosey and Hawkes, and Carl Fischer, including “D.C. Fanfare” by John Corigliano, “Red Cape Tango” by Michael Daugherty, “Wedding Dances from Bandanna” by Daron Hagen, “Acrostic Song” by David Del Tredici, and “Millennium Canons” by Kevin Puts. He served as Assistant Conductor of the Dallas Wind Symphony, where he also helped to produce two of their recordings. His professional performing experience includes orchestra (principal percussion in the Gainesville Chamber Orchestra, Muncie Symphony Orchestra, Ann Arbor Symphony Orchestra, Flint Symphony Orchestra), jazz (performing with such artists as Randy Brecker, Ray Brown, Pete Christlieb, Dennis DiBlasio, Duffy Jackson, Dave Pell, Bobby Shew, Marvin Stamm, Bill Watrous, Ernie Watts and Phil Wilson), as well as at Walt Disney World. 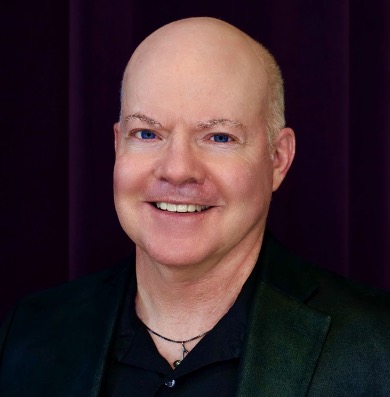