Home James Seda
James O. Seda is currently the Director of Bands at Southwest Dekalb High School.  He is a product of the Atlanta Public School System, having graduated from Southside Comprehensive High School. Mr. Seda received his Bachelors of Science Degree in Music Education from Florida A&M University. While there, he studied conducting with Dr. William P. Foster and Dr. Julian E. White. He also studied trumpet in the studio of Dr. Marty Robinson. Mr. Seda has done further studies in the Masters of Music Education Program at Northern Illinois University in Dekalb, Illinois.

While attending Florida A&M University, Mr. Seda was a very active performer, soon earning the principal trumpet chair in the FAMU Wind Ensemble and Symphonic Band, and the lead trumpet chair in the FAMU Jazz Ensemble. As a member of the world famous ‘Marching 100’ Mr. Seda served as trumpet section leader for two years, as well as being elected business manager, vice-president, and president in consecutive years.

Mr. Seda has performed in Paris, France, The Montreaux Jazz Festival in Montreaux, Switzerland and the North Seas Jazz Festival in The Haag, Holland. He has also performed in St. Thomas, Virgin Islands and Jamaica. Television and radio features are also to his credit as CNN displayed his talents in a television documentary on the life of jazz musician Jesse Stone. He has done studio sessions for television and radio commercials, as well as short films and movies. Mr. Seda worked on the 20th Century Fox motion picture DRUMLINE as a music arranger, band organizer, creative consultant, instrumentalist, and actor extra.

Mr. Seda maintains an active performance schedule, appearing in venues throughout the United States. Music has impacted and molded Mr. Seda’s life, and he feels that he should share and expose his knowledge and experiences with his students so they may have the same opportunities. His educational philosophy is to foster a firm understanding and appreciation of music by exposing his students to its many styles, therefore making them competitive and adaptive in any musical situation. 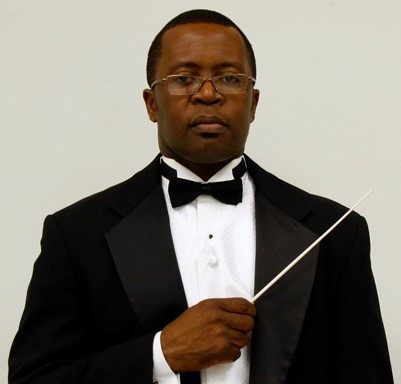