Karen DeBauche taught for thirty years in Urbana School District #116 most of them were taught as the lead director at Urbana Middle School. Under her direction, Urbana Middle School Bands earned consistent Division I ratings at the Illinois Grade School Music Association Organizational Contests as well as numerous invitations to The University of Illinois Superstate Band Festival and was once named as the honor band.

Ms. DeBauche holds a Bachelor of Arts Degree from Luther College (Decorah, Iowa), Master of Music Degree in clarinet performance from the University of Missouri-Columbia and has completed additional coursework at the University of Illinois Urbana Champaign in clarinet performance. She is a National Board Certified Teacher, a member of the National Band Directors Association, Phi Beta Mu, Illinois Music Educators Association, Illinois Grade School Music Association and the International Clarinet Society.

Ms. DeBauche received several awards as a music educator with the Urbana Bands. In 2019, she represented Illinois for the SBO 50 Teacher’s Who Make A Difference Award. The Urbana Band Program was a finalist for the Robert W. Foster Project in 2018. In 2018 she was named Middle School Teacher of the Year for the Napleton’s Teacher of the Year Award. She is also a recipient of the Luther College Carlos A. Sperati Award and has received several Citations of Excellence from the National Band Association.  In 2020 she was awarded the Cloyd Meyers memorial award from the Illinois Grade School Music Association.

As a lifelong musician she also performs with the Urbana Pops Orchestra as principal clarinetist and in other community and church events.  As a retired person, she has an amazing goldendoodle named Rosie and works as a clinician and clarinet teacher. 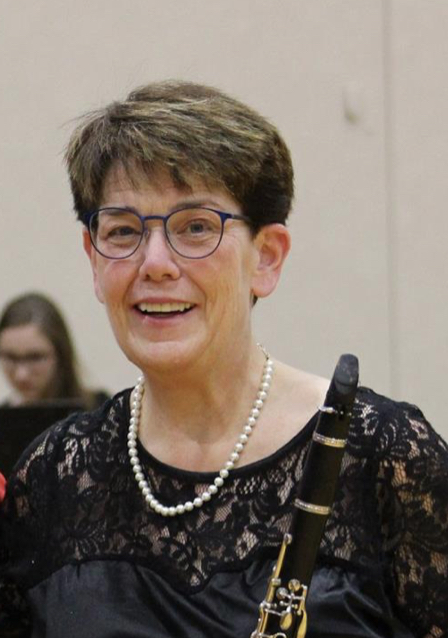