Home Benjamin Lorenzo
Benjamin Lorenzo serves as Associate Director of Bands and Director of Athletic Bands at the University of Arkansas, where he directs the 350-member Razorback Marching Band, conducts the Wind Symphony, teaches courses in conducting and music education.

Dr. Lorenzo’s creative and scholarly interests include orchestration and wind ensemble repertoire. His wind ensemble transcription of John Corigliano’s The Red Violin Chaconne was praised by the composer and is published by Boosey & Hawkes. In addition, he has orchestrated works for several university marching bands, wind ensembles, and the Dallas Winds. His writings on music have been published in the Journal of Band Research, the WASBE Journal, and he has contributed to the Teaching Music through Performance in Band series. Dr. Lorenzo has also presented sessions at the Midwest Band and Orchestra Clinic, College Band Directors National Association regional conference, and several state music education conferences.

Active in the development of wind bands throughout Latin America, Dr. Lorenzo has conducted ensembles, worked with composers, and presented workshops in Costa Rica, Colombia, and the Dominican Republic. He also served as a guest conductor and section coach with the World Youth Wind Orchestra Project (WYWOP) in Schladming, Austria. In 2018, he worked with several scholastic bands in Kuala Lumpur and was the clinician for the Malaysian Band Directors Association Conducting Workshop. At home, Lorenzo has conducted and adjudicated bands in several states at the public school and university levels. He has also appeared as a guest conductor with professional ensembles such as the West Point Academy Band.

Prior to his appointment at Arkansas, Dr. Lorenzo served as Assistant Director of Bands at Oklahoma State University and Texas Tech University. He holds degrees from The University of Texas at Austin (MM and DMA in Wind Conducting) where he studied with Jerry Junkin, and Florida International University (BM in Trombone Performance) under the tutelage of Mark Hetzler. Before beginning graduate study, he taught in the public schools of Florida and Texas. 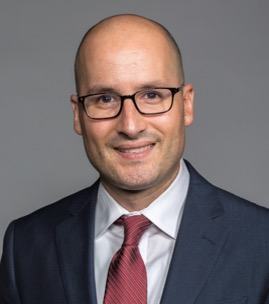