Before joining the faculty at Michigan State University, Golden was a member of the conducting faculty at the University of North Carolina at Chapel Hill, where she served as the Assistant Director of University Bands. In this position, she was the music director of the 265-member Marching Tar Heels, director of the Women’s Basketball Pep Band, conductor of the Symphony Band, and guest conductor with the Wind Ensemble. She also taught courses in music education.

Prior to her collegiate appointments, Dr. Golden had a distinguished 18-year teaching career in the public schools of North Carolina.  In her last public school assignment, Dr. Golden served eight years as the director of bands at Gravelly Hill Middle School in Efland, North Carolina. During her tenure, she conducted a nationally recognized middle school concert band that participated in featured performances at the North Carolina Music Educators Association annual conference, in Winston Salem, North Carolina (2010) and at the Midwest Band and Orchestra Clinic, in Chicago, Illinois (2012). The bands at Gravelly Hill also worked with numerous clinicians, including the premier of four commissioned works for band: “Kitsune: The Fox Spirits,” by Brian Balmages (2009), “The Machine Awakes” for young band and electronics by Steven Bryant (2012), “Freight Train,” by Pierre LaPlante (2013), and “The Cave Your Fear” by Michael Markowski (2014). Dr. Golden’s research interests include undergraduate music education preparation, conductor decision-making, repertoire selection and programming, and the student teaching and mentorship experience. 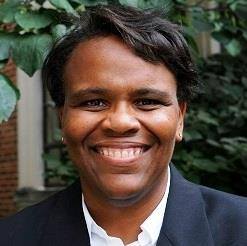